Black Friday will look a lot different this year. In fact, many retailers may not even have a traditional Black Friday complete with fighting shoppers, crowded stores, and lines that take hours to get through.

Many retailers have already announced they’ll remain closed on Thanksgiving Day which was the hottest day for deals in the last few years in an effort to get ahead of the competition.

That’s okay, though because there are thousands of Best Black Friday deals to get online. If you shop early and check back often, you’ll get some of the sweetest deals available this year.

Check out the top 10 best Black Friday websites that you should watch below.

Each year Amazon churns out the best Black Friday deals and not just on Black Friday, but all the way through to Cyber Monday.

Amazon kicks off the season with its much delayed Prime Days occurring on October 13 and 14. Their ‘regular’ holiday deals will start approximately one month early too, starting on October 26, according to Tamebay.

The early Black Friday deals are set to run through November 19 and the deals will change weekly. Another welcome change for Amazon this year is that any consumer can get the Amazon Black Friday deals, not just Prime members as in the past.

Amazon’s deals will include Lightning Deals, which are timed sales, as well as longer sales that go until products run out.

Kohls has yet to drop their Black Friday schedule for the year, but if we go off what they’ve done in the past, expect their best deals to start the Monday before Thanksgiving. The only deals that wouldn’t start that day are ‘doorbusters’ which were typically saved for Thanksgiving Day.

What we love about Kohls is the Kohls Cash offers they offer on Black Friday. Not only can shoppers get amazing deals on clothes, shoes, electronics, and household goods, but they can earn money toward future purchases, furthering the savings well into the holiday season.

We all know and love Target, especially on Black Friday. Like Kohls, Target has already announced its stores will remain closed on Thanksgiving, which means more great deals online.

Target, like other retailers, need to keep sales up, so you can bet they’ll have exhilarating deals online before, during, and after Black Friday.

Target has always been one of the top Black Friday websites because of its accessibility and early Black Friday pricing. This year they’ve announced Target Deal Days which occur on October 13 and 14, with more than double the deals they offered last year, especially on electronics.

Target offers both exclusive Black Friday deals and cyber-week deals, spreading the savings for at least a week after Black Friday ends. This year will likely be no exception as stores encourage the use of online shopping versus in-store to control the spread of the virus. 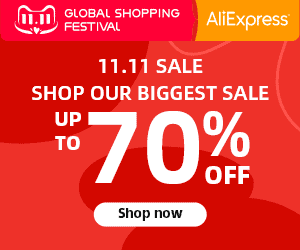 Everyone looks forward to the best Black Friday deals at Walmart every year. While this year may look different as we can’t rush to the store at 5 AM to get the deals, the online sales promise to be even better this year.

Walmart, like Target, typically offers great deals during the weeks leading up to Black Friday as a kick-off to the season and this year should be no exception. With free shipping and ‘buy online pick up in store’ options, it’s easier than ever to get the deals while staying safe at home.

Walmart went above and beyond this year and even created a virtual tool for kids to try out toys to help them make their wish lists.

If you have TVs, toys, electronics, clothes, and household goods on your list this year, you don’t want to miss the deals Walmart will offer. Don’t forget to check early and often for the best deals that promise to go fast.

Anyone looking for electronics always turns to Best Buy because they offer the best Black Friday deals. Whether you’re in the market for cellphones, tablets, TVs, or computers, Best Buy usually has great deals on them.

Best Buy hasn’t dropped a lot of details yet, but if we look at what they’ve offered in the past, online customers always get free shipping and some of the lowest prices available.

Best Buy also offers the chance to sign up for text or email alerts if a product you want is out of stock, enabling you to be one of the first to grab the deal when it’s back in stock.

You probably don’t think about home improvement stores when you’re thinking of Black Friday, but Home Depot offers some incredible deals that you may not want to pass up.

Home Depot announced they are stretching out their Black Friday deals over two months. This year Home Depot partnered with Pinterest to create inspiration for homemade gifts and DIY projects.

Home Depot is offering its deals to its mobile customers first, to encourage the use of online Black Friday deals rather than shopping in-store.

Like most large retailers, Macy’s will remain closed on Thanksgiving, but they’ve already announced that their Black Friday deals will occur online and on mobile starting November 28th at 5 PM and go through November 28th.

What can you expect? Macy’s cuts its prices on just about everything including clothing, household goods, and even furniture.

Macy’s was one of the first stores to start the Black Friday trend in 1924, and they plan to continue it this year even if it looks al little different.

GameStop has always been a one-stop-shop for all things gaming and they offer some of the best Black Friday deals that you don’t want to pass up.

Whether you’re in the market for consoles, games, or accessories, gamers always shop GameStop for their needs. GameStop has always offered great online deals before, during, and after Black Friday and this year is no exception.

GameStop also has a great membership program (the basic is free) that allows you to accumulate points to earn dollars off your future purchases.

We highly recommend you sign up and earn points on all your Black Friday shopping as the deals this year promise to be huge and ongoing as more online shopping is encouraged versus in-store.

New Egg is strictly an e-tailer so you know the deals will be online this year as they compete with the other big-box retailers competing for the same business.

Normally, New Egg starts their deals on Black Friday and continues them through the week of Cyber Monday. They haven’t released yet if they’ll drop early deals like Amazon and Target, but be on the lookout as many more retailers jump on board.

New Egg is one of the best Black Friday websites for computers, keyboards, accessories, gaming consoles, and all other trendy tech items. Make sure to include New Egg in your search as you shop from the comfort of your own home for the hottest deals.

You may not think of the auction site when shopping Black Friday, but eBay offers some amazing deals, and this year we anticipate the deals will be even better as more and more websites try to get your attention.

Historically, eBay offered some of the hottest deals on electronics, but the deals spanned other categories too. It’s not unusual to find deals up to 60% off on household items, electronics, gaming products, and more.

If you have any big-ticket items on your wish list this year, include eBay in your search as it’s one of the best Black Friday websites for 2020.

It’s just about time to start your Black Friday shopping! It’s going to be different this year, but only the way you shop, not the deals you get. In fact, shopping the Best Black Friday deals online makes it even easier for you to save.

Now you can comparison shop and search the best deals day or night without worrying about getting the store.

Best 10 Websites for Halloween Costumes in 2022

Best 10 Websites for Halloween Costumes in 2022 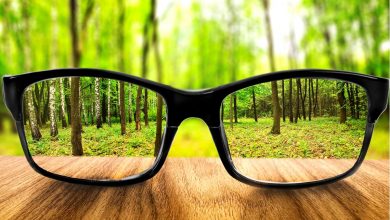 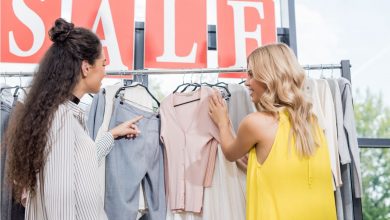 Best 10 Websites for Clothes Shopping in 2022 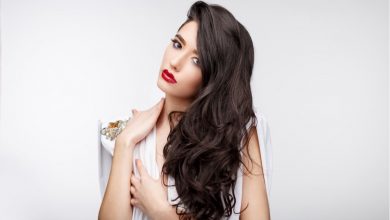 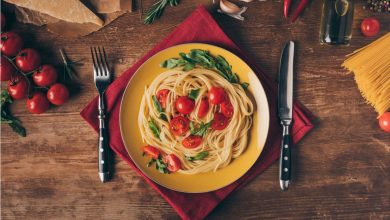 Any cookies that may not be particularly necessary for the website to function and is used specifically to collect user personal data via analytics, ads, other embedded contents are termed as non-necessary cookies. It is mandatory to procure user consent prior to running these cookies on your website.

Analytical cookies are used to understand how visitors interact with the website. These cookies help provide information on metrics the number of visitors, bounce rate, traffic source, etc.

Advertisement cookies are used to provide visitors with relevant ads and marketing campaigns. These cookies track visitors across websites and collect information to provide customized ads.

Undefined cookies are those that are being analyzed and have not been classified into a category as yet.

Save & Accept
Go to mobile version